John Conlee in Concert at The Center 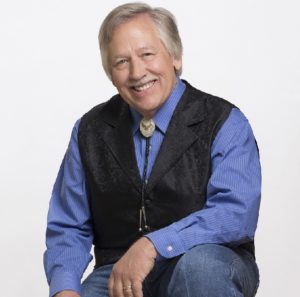 John Conlee Live in Concert at The Center– 2292 S. Hwy 27, Somerset, KY, 7pm. John Conlee is a country music icon and has been a member of the Grand Ole Opry since 1981. During John Conlee’s  40-year career in Country Music,  he has brought to audiences such classic songs as: “Rose Colored Glasses” (John’s signature song), “Friday Night Blues”, “Backside of 30”, “Common Man”, “Miss Emily’s Picture”, “I Don’t Remember Lovin’ You”, and more.  Overall, there have been 29 single releases throughout the years with 26 of them charting in the top 20 or better.  Eight of those 26 have reached the coveted No. 1 spot on the national country charts. Info and tickets 606-677-6000 or www.centertech.com.

This website uses cookies to improve your experience while you navigate through the website. Out of these, the cookies that are categorized as necessary are stored on your browser as they are essential for the working of basic functionalities of the website. We also use third-party cookies that help us analyze and understand how you use this website. These cookies will be stored in your browser only with your consent. You also have the option to opt-out of these cookies. But opting out of some of these cookies may affect your browsing experience.
Necessary Always Enabled

Any cookies that may not be particularly necessary for the website to function and is used specifically to collect user personal data via analytics, ads, other embedded contents are termed as non-necessary cookies. It is mandatory to procure user consent prior to running these cookies on your website.